The match was played at Springfield Golf Club. Gaffney won the match with a 190 as a team and Rock Hill shot a 250. Nation Ford is now 3-3 on the season.

Nation Ford shot a 209 as a team and was led by Vivian Harris, who was the medalist in the match with a 40. Following Harris’ score for the Falcons was a 52 from Sara McCaskill and a 58 from Katie Griggs. Both Sarah Tran and Fharren Coleman each shot a 59, with only one of their scores counting towards the Falcons’ total.

The Falcons have a busy week ahead of them according to their schedule as they travel to York to play at Spring Lake Golf Club today and then host a head-to-head match Sept. 17 against rival Fort Mill.

Catawba Ridge beat both Fort Mill and Northwestern in a three-way match at Tega Cay Golf Club. The Copperheads shot a 172 and were led by a 41 from Katherine Mann and Alyia Santiago. Eillen Zeoli shot a 44 and Kate Gilmer shot a 46 to round out the scoring for Catawba Ridge.

Fort Mill shot a 206 in the match and Northwestern shot a 221. Leading the way for Fort Mill was MacKenzie Finn with a 44, followed by a 52 from Kinsley Delcourt and a pair of 55s from Emily Broshious and Greycen Baker. Fort Mill is 4-1 on the season and Catawba Ridge is now 3-0. 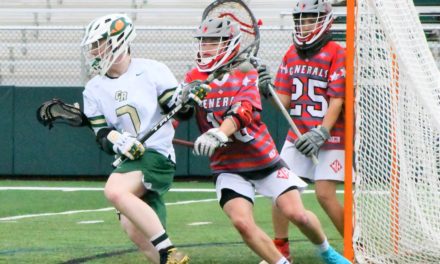