Deja vu all over again for Copperheads and Fort Mill basketball

As the calendar rolled into 2023, many things are surely to change.

What hasn’t changed is Catawba Ridge’s death grip on Fort Mill in basketball.  It was a raucous crowd over at The Arena that witnessed two games that were nail bitters, but couldn’t have been more different Tuesday night.

In the third game between these two this season, it was a third different hero for Catawba Ridge as Lance Barnes laid a high arching shot off the glass with 5.4 seconds left. With three fouls to give, Catawba Ridge head coach Brett Childers used those to drain more time off the clock. Fort Mill inbounded the basketball and it found its way to Gabe Tooper, who missed as the buzzer blared and Catawba Ridge defeated Fort Mill for the sixth consecutive time by a final of 54-53.

The boys’ game was one sided early and often as Catawba Ridge came out fired up and firing away building a 13-0 lead behind Barnes and Grant Lovette.  Fort Mill didn’t get a bucket until bench player Logan Parker hit a shot with only a couple of minutes left in the period as the Copperheads led 17-4 at the end of one period.

The second quarter, however, began differently as Fort Mill came alive thanks to scoring by Christian McCain, Mitchell Anderson and Michael Parrish.  It was more of the Barnes and Lovette show in the second period for Catawba Ridge as the two teams began trading buckets rather than the Copperheads landing all the shots. It was still one sided at halftime as Catawba Ridge was in control 27-13.

It was a tail of two halves, however, as Fort Mill mounted a monster comeback thanks for full court pressure and man to man defense.

Will Stumpf, AJ Washington and Tooper came alive in the third quarter while Catawba Ridge continued to lean on Lovette with some help from Owen Elliott.

The changes made by Fort Mill head coach Dwayne Hartsoe were paying dividends as the Jackets continued to score while Catawba Ridge continued to turn over the basketball. The 14-point halftime lead was cut to six by the end of the third quarter at 41-35.

Both teams played an inspired fourth quarter as Catawba Ridge would restore their double-digit lead just to see Fort Mill continue to scratch and claw taking a very late 51-50 lead.  Each coach made changes while burning timeouts.  Each team coming up with huge buckets at crucial moments.  Then, it all boiled down to the last 40 seconds. Catawba Ridge had the ball but the Jackets had the lead 53-52, before Barnes’ game winning shot.

The girls got it started as Fort Mill tried to beat Catawba Ridge for the first time ever. It was like so many showdowns between the two schools on the hardwood as Catawba Ridge pulled away just enough in the end to earn the victory 53-46.

Both teams came out firing as five different Copperheads scored in the first quarter including a 3-pointer from Tatum Postel.

Fort Mill countered with a 3-pointer from Izzie Barber and one more from Kate Marker as two of four scorers for the Lady Jackets as Fort Mill took a 12-11 lead into the second quarter.

In a physical second period of play, both teams piled up more points, but almost as many fouls. It was the Fort Mill guards who garnered almost all of the points in a fiery second period while Catawba Ridge spread the scoring around about as even as possible.

As soon as Makailah Davis would make a shot, a Fort Mill player would retaliate. Jada Chambliss would get a layup for the Jackets just to see the Copperheads get one of their own on the other end. Neither team could get away from the other as they traded the lead several times. The Copperheads led 26-23 at the half, but both teams wanted this game badly.

The second half got off to a roaring start for Catawba Ridge as Morgan Davis got rolling. She would score nine of her game high 16 in the third stanza.

Not to be outdone, Fort Mill’s Lydia Laney put up eight of her own. The fouling from the first half continued for Fort Mill, but not for Catawba Ridge as the second half unfolded.

It was a tough shooting fourth quarter for the Jackets, but not for the Copperheads. Catawba Ridge continued to spread the scoring while almost all of Fort Mill’s points in the fourth quarter came from Chambliss and Ella Marker.

The Jackets fall to 5-8 on the season, while Catawba Ridge improves to 11-3.

Next up for the Copperheads is next Tuesday versus Region 3-4A rival South Pointe. The Jackets go on the road this Friday to take on River Bluff down in Lexington. 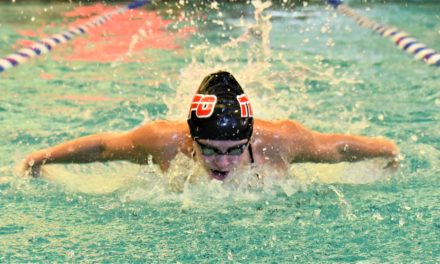 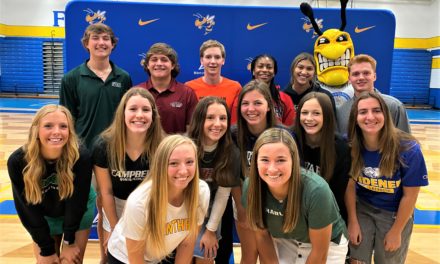 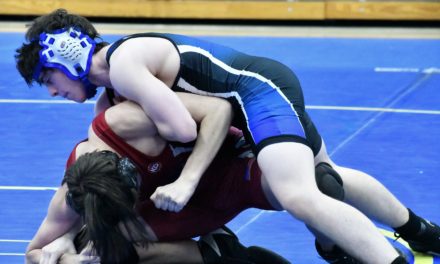