ROCK HILL – Before the 2021-2022 season started, Catawba Ridge boys basketball head coach Brett Childers said the Region 3-4A title goes through defending 4A state champions South Pointe Stallions. And at least one of those titles is staying in Rock Hill this year.

South Pointe swept both games against Catawba Ridge Friday night knocking the boy’s team out of the hunt for a region title. The Copperhead girls also dropped their first region game and are now in a tie for first with South Pointe as well.

The Catawba Ridge boys fell 54-45 in overtime after ending regulation tied at 41-41. The Copperheads were outscored 13-4 in the extra period as they opened overtime with three consecutive turnovers and South Pointe went on a 10-0 run to start.

“We had our chance at the end,” said Copperheads’ head coach Brett Childers. “We did enough to win the game. They just had some separation for a stretch in overtime.”

Catawba Ridge and South Pointe played each other close the entire game as the two teams were nearly identical. The Copperheads scored 12 points in each of the first two quarters and South Pointe scored 11 in each of their first two quarters. South Pointe opened the game on a 7-0 run, but Catawba Ridge came right back on a 10-0 run of its own to take the lead. The Copperheads got good second chance points and points in the paint as they were patient with the ball and took their time in the first half.

The second half things went a little off track for Catawba Ridge. The Copperheads struggled shooting and hit just two of 10 shots from the field in the third quarter as South Pointe edged ahead by three at the end of the quarter 34-31.

The Copperheads jumped back in the game in the fourth and was able to tie the game at 34 just 90 seconds after the final quarter started. Both teams played more methodical and slowed their game down. Catawba Ridge again tied the game at 41-41 with about a minute left and South Pointe held the ball for the next 45 seconds before taking a time out to set up a play for the last shot, which they missed sending the game to overtime.

Childers said despite being knocked out of the region title picture, the team still has work to do to finish the regular season. The Copperheads are now 18-4 overall and 3-2 in region play.

“We still have a lot to play for,” he said. “We got two games next week that are big.”

Catawba Ridge was led by 17 points from Grant Lovette with 11 points added from Zyan Hager.

Girls outrebounded and out muscled down the stretch

The second ranked 4A Copperheads’ girls team knew they were going to have a fight on their hands, but wasn’t expecting the physicality that South Pointe was ready to dish out.

The Copperhead girls lost 76-65 with the key to the game coming in the form of being outrebounded on a consistent basis as South Pointe took advantage of the glass on both ends of the court and second chance points as well.

“We have to do a better job boxing out and rebounding,” said Catawba Ridge head coach Sheridan Pressley. “Their post players are a force.”

In the first quarter, the Copperheads and Stallions went back and forth with Catawba Ridge getting a small 18-15 lead. The second quarter was one of the worst Catawba Ridge played all season as they were outscored 21-7 and hit just two of 13 shots from the field. South Pointe went on a 9-0 run during the second and then an 11-0 run to finish the quarter, while the Copperheads struggled to keep pace.

Down 36-25 at the half, Catawba Ridge came out of the locker room and tried to fight their way back in the game, but South Pointe matched them shot-for-shot as each team scored 40 second half points. South Pointe was also more physical in the second half as twice they knocked down Copperhead players with elbows to the face in going for the ball. The second time, Copperheads’ player Tatum Postel had two teeth chipped in the process.

The Copperheads were led by Skyla Tuthill and Makailah Davis who each had 16 points. Postel added 13 points and continued to play in the game despite the dental issues. Brielle Windisch added 10 in the loss for Catawba Ridge.

Catawba Ridge is now 17-2 on the season and 4-1 in region play. Both Copperheads teams return to action at home Tuesday, Feb. 1 against York.

In other basketball related news, the Boiling Springs-Nation Ford game was canceled because of the potential for traveling back in snow and bad weather. A make-up date for that game hasn’t been announced.

The Region 3-5A duals and individual tournaments being held at Fort Mill High this weekend was canceled because of the threat of possible snow coming into the area overnight. The duals were to be held Friday at the school to finish off the regular season for all of the teams in the region. The individual tournament was to be held Saturday. A make-up date and place hasn’t been announced for either of the events. 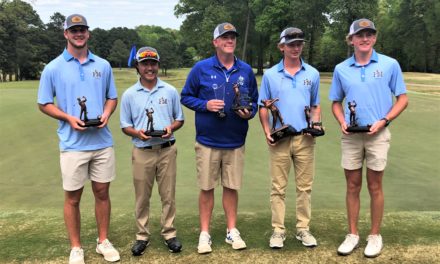 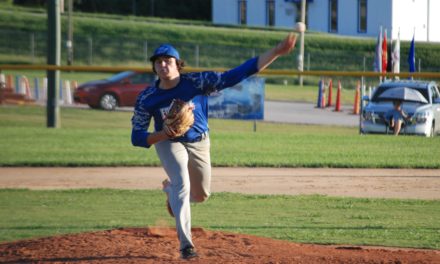