INDIAN LAND – The Catawba Ridge girls basketball team finished the regular season Tuesday evening capturing a share of the Region 3-4A title with a 63-37 win over the Indian Land Warriors.

The win puts the Copperheads at 20-2 on the season as they finish the region at 7-1 in a tie with South Pointe for the region title, as the two teams split games this season each giving the other their only region loss. Catawba Ridge will open the playoffs next week at home against an opponent to be determined.

“We came out and took care of business,” said Catawba Ridge head coach Sheridan Pressley. “I think for us it is a blessing to have a week off. This is a fun time of year.”

Against Indian Land, Catawba Ridge opened the second half on a 13-2 run after leading by just four at the break. The Copperheads were able to score in transition and were able to be quick to the basket, none more so than Davis who took the game in her hands in the third quarter. The Copperheads outscored Indian Land 24-13 and hit eight of 13 shots from the field in the period, including three 3-pointers. Davis dropped 12 more points in the fourth quarter as she scored 75 percent of the Copperheads 16 points in the period.

In the first half, Skyla Tuthill captained the ship scoring 13 of her 19 points in the game as the Copperheads used 9-0 runs in both the first and second quarters to give themselves some space against the Warriors.

Catawba Ridge did struggle with turnovers some in the first half and were outrebounded early giving Indian Land more possession and second chance points.

The Catawba Ridge boys were able to use a strong second half to pull away from Indian Land to get a 73-60 win.

Grant Lovette, Landon Foley and Zyan Hager paced the Copperheads in the game as Lovette scored 25 points with Hager dropping 15 points and Foley adding 11 points in the win. Catawba Ridge outscored the Warriors 47-32 in the second half as the Copperheads were more aggressive on defense in the second half and forced Indian Land to make bad decisions with the basketball.

Indian Land opened the game on an 8-2 outburst, but Catawba Ridge ended the first quarter on a 7-0 run after a timeout to make it 14-12. The Warriors took control in the second quarter as the Copperheads struggled to stop Indian Land. Catawba Ridge was still without center Carter Hendrick who is nursing an injury.

“It is amazing how much you miss someone when they aren’t there,” said Copperheads’ head coach Brett Childers. “Grant really stepped up tonight and had a big performance. Every game is different.”

Indian Land led 28-26 at the half, but Catawba Ridge opened the third quarter on a 7-1 run in the first three minutes to regain the lead and give themselves some breathing room. The Warriors kept it close for most of the second half, usually between seven and 10 points, but the Copperheads outside game was too much for them as Catawba Ridge hit four 3-pointers in the fourth quarter.

The win allows the Copperheads to finish region play at 5-3 and 20-5 overall. Catawba Ridge is currently second in the region behind South Pointe. Third place Lancaster still has a couple of games left and could end up tied with Catawba Ridge, which would make the Copperheads open the playoffs on the road next week.

Fort Mill had a big 62-32 win over Gaffney on the road which kept the Jackets in the hunt for a Region 3-5A title. Fort Mill is now 6-1 in the region and still a half game behind Clover, who clinched a share of the region title at 7-1 by beating Boiling Springs Tuesday evening. The Jackets are now 18-5 overall on the season.

The Fort Mill girls team fell to Gaffney 51-45 and dropped to 9-16 overall and 3-4 in region play. Both Fort Mill teams will finish the regular season Friday hosting rivals Nation Ford, where the boys’ team can clinch a share of the region title with a win.

Nation Ford boys’ and girls’ teams were swept by Northwestern in non-region action Tuesday. The Nation Ford boys lost 44-41 as Quadier Hand had 14 points to lead the Falcons, who dropped to 6-16 overall on the season.

The Nation Ford girls fell 64-37 to Northwestern and are now 5-18 overall on the season. The Falcons will travel to Boiling Springs Wednesday. 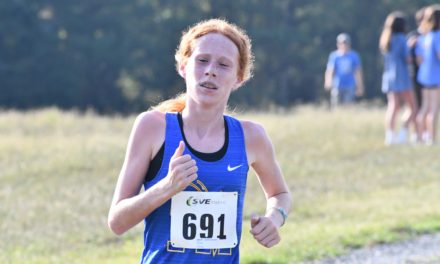 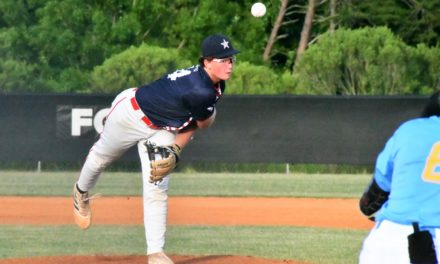 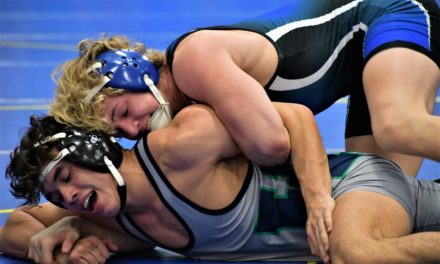 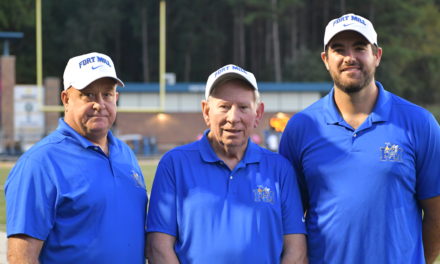