Falcons in seventh heaven with win over Fort Mill

It was lucky number seven for the Nation Ford Falcons as they beat the Fort Mill Yellow Jackets 35-0 Friday night at Bob Jones Stadium.

Nation Ford came in to the game looking to beat rival Fort Mill for the seventh consecutive season and take an 8-7 lead in the overall series.

For the first time in a while both teams were coming in to the game coming off a win. Last week, Nation Ford beat Harding University, while Fort Mill beat Lugoff-Elgin two weeks ago. The game was the first one for both teams in opening Region 3-5A play and both wanted to get off to a good start. Nation Ford is now 3-3 overall and 1-0 in region play, while Fort Mill dropped to 1-4 overall and 0-1 in the region.

Falcons’ head coach Michael Allen said despite the win, there is a lot they need to work on.

“I think we played sloppy,” he said. “Fort Mill kids played hard. We did some good things, but we need to get better each week. What matters is the execution. It was a good win for us.”

Nation Ford’s Jerrick Foster did a little bit of everything in the game. Foster scored twice in the game and amounted for 67 offensive yards in the game, not counting a 100-yard interception return. Nation Ford quarterback Carson Black was able to use the running game more than the passing game, but it was enough for the Falcons to control the game. Black went 10-15 in the game for 149 yards and a touchdown.

For the Jackets, Joshua Sturgeon had a big game, as did Michael Threatt, who rushed for 147 yards on 32 carries. Sturgeon caught four passes for 14 yards and had 11 carries for 37 yards.

The game was controlled for the majority of all four quarters by Nation Ford after a slow start by the visiting team to Bob Jones Stadium on the campus of Fort Mill High. Both teams used the ground to gain most of their yards. Nation Ford rushed the ball 24 times for 207 yards, while Fort Mill rushed the ball 51 times for 191 yards.

“We drove the ball well at times,” he said. “Our thing is we can’t give the ball back.”

The Falcons didn’t waste any time opening the second half as Black hit Kenan Bowman for a 55-yard touchdown just 28-seconds into the second half. That put Nation Ford up 28-0 with just over 11:30 left in the quarter.

The teams traded turnovers late in the third quarter and Nation Ford picked off Fort Mill quarterback Kyle Neibch for the second time in the game to end the quarter. Nation Ford opened the fourth quarter with the ball and moved it down the field capping off the drive with a 17-yard touchdown run by Eli Whitner to make it 35-0.

Sturgeon picked off Black to open the second quarter for the Jackets. However, despite the good field position, Fort Mill couldn’t get the ball in the end zone. The Jackets offense seemed to work when they tried to move the ball on the ground early in the game, or found Sturgeon through the air.

Nation Ford used their ground game early instead of relying on Black. The Falcons were able to have multiple plays with big rushing gains. Foster was able to rush the ball in from 40-yards out on a reverse to put Nation Ford up 14-0 with 10:21 left in the second quarter.

Penalties were the biggest hiccup for Nation Ford in the first half as they gave Fort Mill extra chances on some drives. In one drive, it helped to get the Jackets past midfield which led to Sturgeon getting Fort Mill to the 10-yard line. Threatt moved them to the two-yard line a couple of plays later, where they were picked off by Foster in the end zone who returned the ball 102-yards for a pick six. High school rules will technically only credit him with a 100-yard interception return.

The first quarter was a back-and-forth battle of attrition for both schools before Nation Ford’s Will Alvarado scored from one-yard out to break the scoreless tie. Alvarado, a sophomore, played his freshman year last season at Fort Mill.

Next week, Nation Ford host Boiling Springs at home, while Fort Mill heads to Clover, as both teams continue their region schedule. 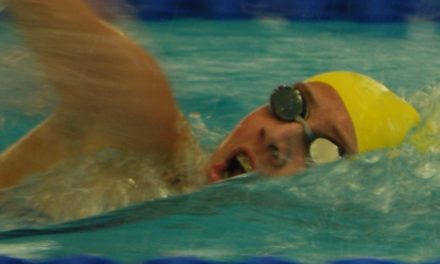 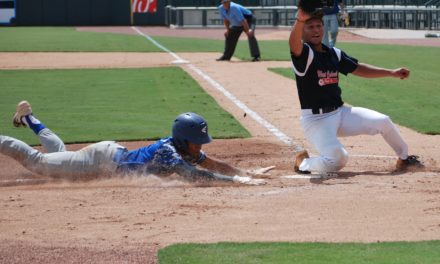 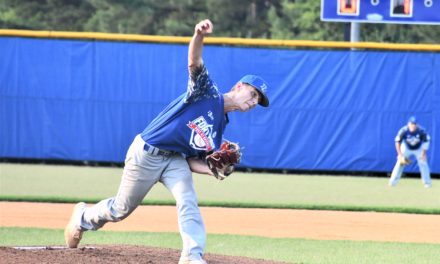