INDIAN LAND – Despite an up and down battle, the Catawba Ridge Copperheads were able to hold off a strong Indian Land Warriors team to get a 3-0 win and complete a perfect Region 3-4A record.

Catawba Ridge beat Indian Land 25-12, 25-23, 25-15 Tuesday night to finish their region season at 8-0. Overall, the Copperheads are 20-9 on the season and will have a bye in the first round of the 4A playoffs. They will play their first playoff match at home Oct. 26.

“It was important to us as a coaching staff, not to mention it,” she said. “We haven’t talked about it.”

Catawba Ridge started off the first set strong and powered their way to 14-3 lead before Indian Land called a time out.

Coming out of the time out, Indian Land played better and was able to close the gap some. Their efforts were in vain, as again, the Copperheads pushed forward to take a 22-9 lead and force another Warriors time out. Catawba Ridge came out of the time out and finished the first set strong winning 25-12.

The second set was worrisome to Lisee as Indian Land played more effective volleyball and gave the Copperheads all they could handle. Catawba Ridge went up 9-6 to open the set and then extend that lead to 15-8 before a Warriors time out. Out of the time out, Indian Land would score several points in a row to force the Copperheads to take a time out leading 21-18. The Warriors would keep the pressure on Catawba Ridge who squeezed out a 25-23 win to go up 2-0.

Lisee is worried about how they will react in the playoffs if they lose focus like she felt they did in the second set.

“I am worried about the ups and downs,” she said. “We can’t lose focus. It is something we have to work on.”

Lisee talked to her squad between the second and third sets and released the Copperheads to battle it out with Indian Land. The two teams went back and forth for a while with Indian Land grabbing a short lived 4-3 lead, before Catawba Ridge scored five straight points to go up 8-4 as the Warriors never recovered.

Indian Land would stay close and keep the pressure on the Copperheads, but never regained the lead.

Up next for the Copperheads, as they finish out the regular season, is a home match with rivals Fort Mill at The Arena Thursday. 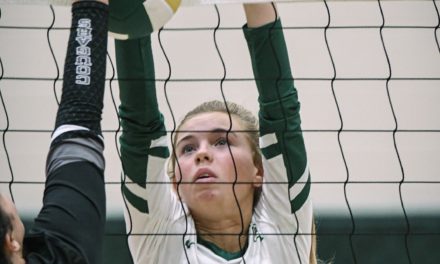 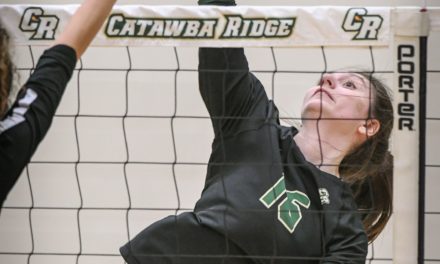 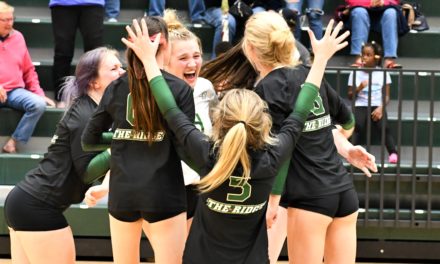 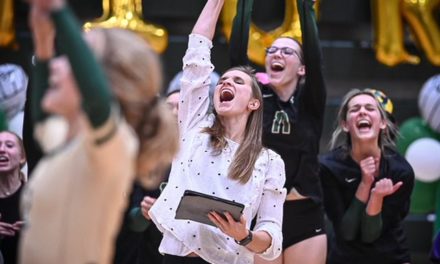