The Catawba Ridge Copperheads basketball teams will play in the finals of the Milltown Classic Wednesday.

In getting to the finals, the Catawba Ridge girls beat rivals Fort Mill in a very physical and testy game between the two teams. The Copperheads edged Fort Mill 36-27 as both teams struggled to gain any control in the first half.

The game, played at Catawba Ridge, where the girls games were played, saw the Copperheads hold a 13-11 lead at the half, but it was a good start in the second half that really pushed them to a win.

Fort Mill was led by Ella Marker who scored nine points for the Jackets. Clare Moore and Reagan Reyes scored seven points each for the Jackets in the loss.

In the other semifinals, North Myrtle Beach beat Andrew Jackson 49-47 hitting two free throws in the final three seconds of the game to grab the win and setting up the game against Catawba Ridge.

Fort Mill will play Andrew Jackson for third place in the tournament Wednesday at Catawba Ridge at 2 p.m.

The Nation Ford girls beat Olympic High School 71-18 to advance in the tournament. Kayla Wilmore led the Falcons with 16 points, while Camille Kerridge and Taylor Luczywo each had 11 points in the win for Nation Ford.

The Falcons will now play Chesterfield for fifth place Wednesday at 12:30 p.m. at Catawba Ridge.

In one of the semifinals, the Catawba Ridge boys beat Westminster Catawba 57-54 to advance to the finals of the Milltown Classic.

Zyan Hager scored 22 points to lead the team, while Lance Barnes added 16 points and Landon Foley walked away with a double-double with 14 points and 11 rebounds.

Fort Mill will take on Westminster Catawba at 2 p.m. for the third-place game and Catawba Ridge will face Collins Hill at 3:30 p.m. for the championship. Both games are at Fort Mill High were al the boy’s games are played.

Nation Ford boys will face Piedmont in the seventh-place game after falling 53-52 to Strom Thurmond in the final seconds.

The Falcons had tied the game at 50-50 with 56 seconds to go after trailing much of the game. However, Strom Thurmond was able to get a slight advantage and Nation Ford missed shots at the end of the game which could have given them the win.

The Falcons were led by 19 points from JJ Rembert. They will finish out the three-day tournament by playing at 11 a.m. Strom Thurmond and Westwood will play at 12:30 p.m. afterwards for fifth-place. 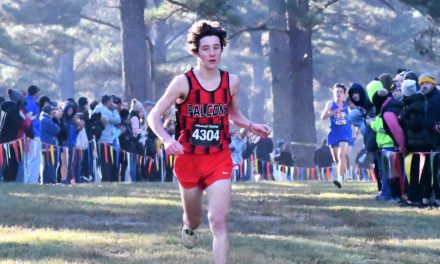 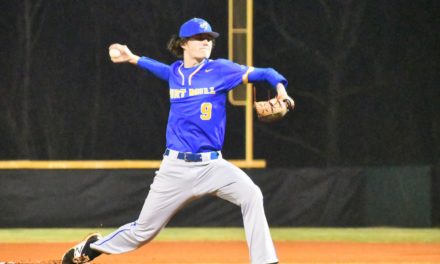 Fort Mill gets ugly win over Copperheads on rainy night