INDIAN LAND – Two back-to-back innings of allowing four runs each was too much for the Fort Mill Yellow Jackets baseball team to overcome against Indian Land Friday night.

Fort Mill fell 10-5 to the Warriors and struggled defensively allowing several earned runs to go with eight stolen bases and three errors in the field. The Jackets pitching also gave up 10 hits to Indian Land as well.

“We got out played,” said Fort Mill head coach Travis Collier. “We got out executed. We are young in some positions and losing last season (due to the coronavirus) hurt.”

Indian Land put up four runs in the second inning and came back with four runs in the third to take an 8-3 lead at that point. Fort Mill was able to keep the game close for a little while in the top of the third with three runs of their own.

In the third, For Mill scored those runs on three hits as Nik Bradberry led the inning off with a single for the Jackets. Three batters later after a walk to Eli Craddock, Keenan Sumner drove in Fort Mill’s first run of the game, followed by an RBI single from Scott Young. Zach Schaefer also sacrificed in a run in as well in the inning.

Fort Mill added a run on a hit in both the fourth and fifth innings, but defensively struggled on a very cold 45 degrees night in the Panhandle.

“We didn’t do enough little things right,” Collier said. “We will continue to work.”

Fort Mill was led at the plate by Sumner, who went 2-4 with an RBI and Connor Rasmussen, who went 1-3 with a triple and an RBI.

The two teams play again today at Fort Mill, as the Jackets fall to 3-2 on the year with the loss. They will play Rock Hill next week in a two-game series.

The Nation Ford Falcons improved to 5-2 on the year with an 8-0 win over South Pointe Friday night. The Falcons put up two runs in the first, four in the fourth and two in the sixth for the win. They were led by a complete game from Taylor Sprinkle, who allowed just three hits and struck out 10, while walking three as well.

Gabe Simmons went 3-4 with three RBI and Aaron Pendergast and Seth Hanson each had two hits as well. Nation Ford is scheduled to play Gaffney Monday at home to start Region 3-5A play. 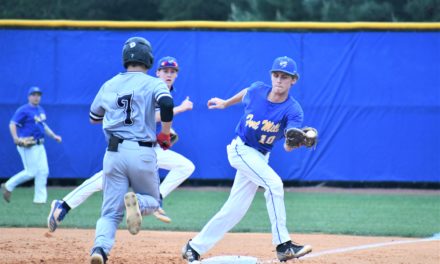 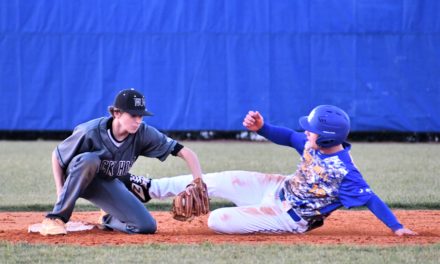