Catawba Ridge’s sophomore quarterback Jadyn Davis has been nothing short of a standout for his team so far in the 2021 season.

Through three games, the Copperheads QB has averaged 258 yards per game, thrown nine touchdowns and given up just one interception while leading his team to an early 2-1 record.

It’s fair to say Davis, who is 6-foot-0 and weighs in at 185 pounds, has lived up to some daunting praise. He was recently named 247Sports’ No. 1 prospect for the Class of 2024, and he has fielded offers from high-profile Division I powerhouses from the SEC’s Alabama, Georgia, and South Carolina, as well as Ohio State, Penn State, and Oregon. He was recently at the Clemson-Georgia game and is schedule to be at Ohio State this weekend for their home game against Oregon.

Davis helped lead the Copperheads to the Class 4A semifinals last season, and the team has high hopes of matching (or exceeding) that high watermark in 2021.

Fort Mill Prep Sports chatted with Catawba Ridge quarterbacks coach James Martin about Davis’ potential, their coach-player relationship, and how Martin thinks the talented signal-caller can improve over the next few years.

WHAT’S YOUR OVERALL PERCEPTION ABOUT JADYN AND YOUR WORKING RELATIONSHIP?

Jadyn’s an exceptional player: For he and I, from day one, it was about relationships. He came over to the house and cooked on the grill for him, and we decided our relationship would be one-on-one.

He has great coaches that have worked with him in the past. For me, the thing is to be that one piece every single day that gets to see him, watch film with him, work with him one-on-one, and help him the best he can.

DESCRIBE HOW YOU WORK WITH JADYN ON A DAY-TO-DAY BASIS.

My biggest way is to watch film with Jadyn. We talk about the route combinations we need to run. We talk every day in practice. We talk about what he’s doing wrong, whether his feet might not be fast enough, where his elbows are at, where his hips are at. There’s a lot of pieces that go into it, but it’s a simple reminder for him, because he’s had the training. It’s the little add-ons for him to realize, ‘Hey, this is what we’re doing.’ It’s fun to watch him become a leader, and it’s fun to be with him daily.

HOW EASY IS HE TO TEACH? HOW QUICKLY IS HE ABLE TO LEARN AND ADAPT TO NEW CONCEPTS?

I think it’s easy, he’s a gifted athlete… He’s got a wonderful savvy about the game, and it’s easy for him to grasp what concepts are. You don’t need to reteach the wheel with him.

HOW DOES HE CONTINUE TO GROW IN HIS FOOTBALL IQ?

Even when he was a freshman, our biggest concern was how much to put on him. We took baby steps with him. The more he progressed and the more he grew in the system, the easier it was for us to keep him going. It’s easy to keep getting bigger and bigger with his progressions. But the thing with him is, it’s not just about Jadyn, it’s about the entire team on Friday night.

WHAT DO YOU SEE AS JADYN’S POTENTIAL?

I think he can go all the way to the NFL. He’s that good of player. He’s got a strong head, he’s not cocky. When he’s out there, you know he’s about the business. Every day, we talk about it, it’s another day in the business, you got to earn your paycheck daily.

HAS HE EVER SUPRRISED YOU IN PRACTICE? IF SO, HOW?

Some of his throws (surprise me). You see him throw a lot, but all of a sudden, you’re like ‘Where did that come from?’ Sometimes, he and I will look at each other and we’ll give like a wink, like ‘That was special.’

WHAT’S THE NEXT STEP JADYN NEEDS TO TAKE IN HIS DEVELOPMENT?

I think it’s learning more about how to break down film, learning how to make his checkdowns when he needs to. It’d be nice if you could say ‘Jadyn, it’s your game to go call, you go call the game.’ That’s when you’re at the next level. And you see some of the pros, they have the ability to go do that and the coordinators and the head coaches don’t care, they’ll let him do it. I think that’s something to be able to watch him progress to see if he can go out there and call an entire game.

WHAT WILL YOU SAY WHEN YOU WATCH HIM PLAY AT THAT NEXT ELITE LEVEL, WHETHER IT BE FOR A MAJOR COLLEGE PROGRAM OR THE NFL?

I think, like anything else, as educators, whatever job our students get, we can say we taught them. I know I’m a small piece of the puzzle, but I’m looking forward to watching him on Saturday or Sunday and watching him just take off. 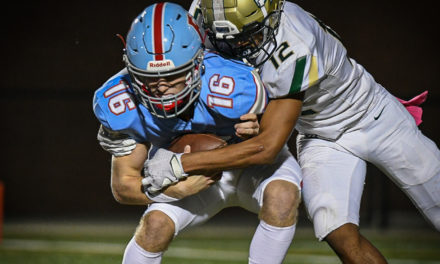 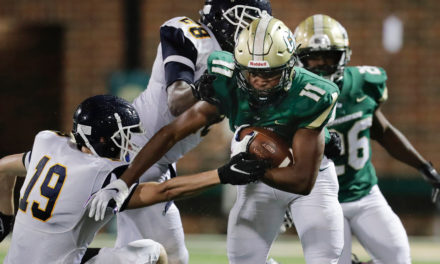 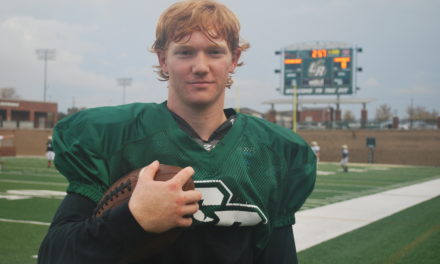 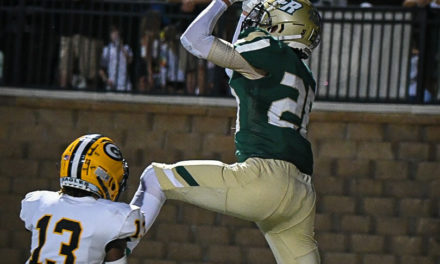