NORTH AUGUSTA – North Augusta senior pitcher Katelyn Cochran competes with herself every time she steps onto the softball field.

No matter the accomplishment, she always tells herself she can do a little better and go a little farther, pushing herself as hard as she can for herself and her teammates.

She’s done it throughout North Augusta’s run to the Class 4A state championship series, but she may have a little more difficulty topping what she did Tuesday night.

The Class 4A Player of the Year turned in perhaps the finest performance in program history, tossing a one-hit shutout with 16 strikeouts while hitting two home runs and driving in all four runs in a 4-0 win over Catawba Ridge that has the Jackets a win away from their first state championship.

That pretty much covers it.

She gave herself all of the run support she needed with a two-run homer in the bottom of the second inning after Kadence Adams reached on an infield single. She added a solo shot in the bottom of the fourth, and even when she didn’t get a hit she drove in a run – her RBI groundout in the sixth inning made it 4-0.

“All the girls always say that I’m so carefree at the plate, and that’s why I get the base hits,” said Cochran, who came into the game with two home runs in 103 plate appearances this season. “But I just go up there relaxed and do my thing. When I hit it, I literally had chills when I was running around the bases, because it’s not often that I hit home runs. It was pretty cool.”

Cochran accounted for two of North Augusta’s six hits against Catawba Ridge starter Chloe Burger, who struck out six batters and for the most part stayed out of trouble against the Jackets’ loaded lineup. The Copperheads fell to 26-5 with the loss.

“The first time through we had three strikeouts, and after that we did have a lot better at-bats,” Gilstrap said. “Even the balls that we were missing, we were fouling a lot straight back. We’ve just got to get one of those hits when people are on base. We need to get one of those two-out hits. We haven’t had one in about three or four games, and I think that would kind of uncork everything and we could get more.”

The problem for the Copperheads, though, was that no one was able to put the ball in play other than All-State shortstop Janelle Ilacqua, who had their only hit. She singled with two outs in the bottom of the third but then was called out for leaving the base early during fellow All-State pick Audrey Wilson’s ensuing at-bat.

The Copperheads’ only other base runner was Kendra Murray, who was hit by a pitch in the second inning and eventually reached third base before Cochran struck out Mia Kovacs to end the inning.

Cochran struck out the side in the first, fifth and seventh innings, and she retired the final 12 batters of the game – 10 by strikeout.

Gilstrap said he’s seen her determination reach new heights, and he referred to last Friday’s Lower State clincher at Hartsville when she was throwing harder than he had ever seen during the final three innings – her 14th, 15th and 16th of the night.

Nevaeh Ross, Adams, Annabel Hurst and Reilly Howell had a hit apiece for the Jackets, who can clinch the state championship with a win Wednesday at Catawba Ridge.

Cochran said she and her teammates got a boost from what she said was the biggest crowd they’ve ever had, and they can expect Catawba Ridge to experience a similar energy Wednesday with the season on the line after the Copperheads’ first loss of the postseason.

The Jackets are familiar with the situation their opponents are in, having had to win four consecutive elimination games just to reach this point after losing to South Florence in the opening game of the Lower State tournament.

Cochran said she was glad they faced that type of adversity, and she feels it brought the team closer together and made everyone play that much harder because every game could be their last.

Now they’ve put themselves in a situation where Wednesday’s game could be their last.

“We’ve just got to be North Augusta,” Gilstrap said. “We’ve got to play our ball and do the little things and not give extra outs, and I think we’ll be OK.”

For now, call this one the Katelyn Cochran Game – or maybe not yet, considering she may find a way to one-up herself one last time this season. 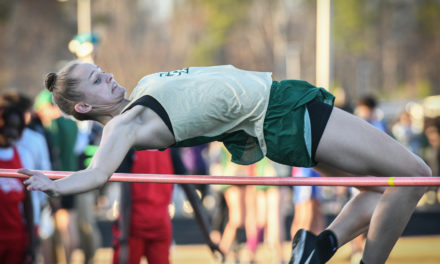 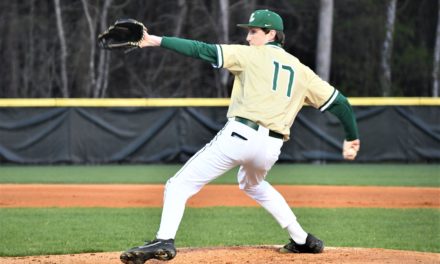 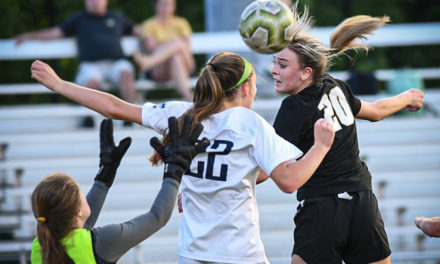 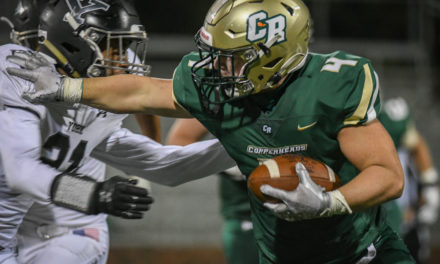