The Nation Ford Falcons know they have the weapons they need to be successful.

Nation Ford will open the 2022 football season this coming Friday, Aug. 19 against Indian Land. The Falcons are coming off a 4-6 year where they lost in the first round of the playoffs to Spring Valley

Offensively, Nation Ford has talent and experience in key positions, it is just a matter of putting it all together.

“I feel like we are where we need to be,” said Falcons’ head coach Michael Allen. “There is always room for improvement every day. We are really young, so it is going to take time to get the pieces to fit in the right spots.”

The youthfulness of Nation Ford is a good thing as they grow in years to come, but for now, that youthfulness also means there is some inexperience in playing on the varsity level. The Falcons have a mixture of both youth and veterans on this year’s team. One key veteran is senior quarterback Carson Black, who is committed to the University of Memphis.

“His leadership is second to none,” Allen said. “Nobody is going to outwork him. He has a really new core for a receiving crew, so he has done a good job communicating and bringing those guys up to par.”

Allen said the receiving core won’t be as dynamic as they have in the past, but they will be more stable across the board.

When Black isn’t slinging it around the gridiron, he will rely on two key running backs in Will Alvarado and Jeremiah Hailstock. Other backs can also be interchanged as well, but look for those two players to get the main carries for Nation Ford.

Defensively, Nation Ford has another mix of young players and veterans that will need to lead. Allen said he likes what he sees with his defense.

“We are very fast,” he said. “We are young, but I will take speed any day. Our returning guys have a pretty high football IQ.”

Special teams will be led by Reed Richardson who will be handling the kicking duties and gives Nation Ford a weapon that not many teams can count on with his accuracy whether it is pinning teams deep or converting long field goals.

Nation Ford won’t have an easy road back to the playoffs this season. They will have Indian Land, York, Catawba Ridge and Northwestern in all non-region action, along with Richland Northeast out of Columbia.

The Falcons open Region 3-5A play Sept. 30 at Clover and now have Blythewood and Rock Hill in the region as well this season. They will have to play Spring Valley in a repeat of their playoff match up from last season, but this time that will be a region game. Nation Ford finishes the regular season hosting rival Fort Mill Oct. 28. 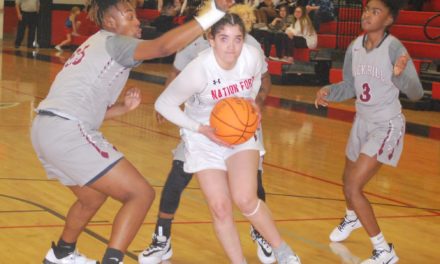 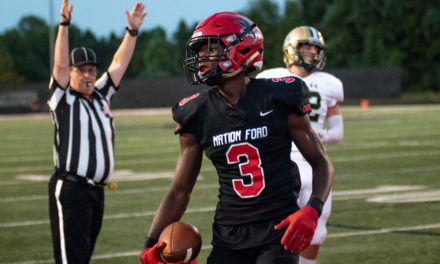 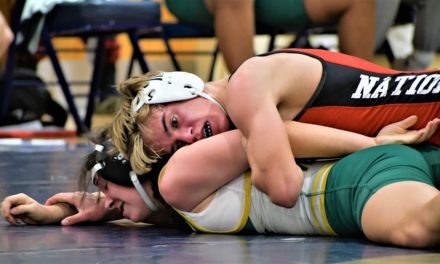