Nation Ford shot a 194 as a team, while York came in with a round of 216. The Falcons were led by No. 1 golfer Vivian Harris, who shot a 39. Her score was followed by a 46 from Fharren Coleman and a 52 from Sara McCaskill. Nation Ford’s Drew Ruth rounded out the scoring with a 57. Nation Ford is now 7-4 overall on the season, not counting tournaments.

Speaking of tournaments, the Falcons were scheduled to participate in the Lady Trojans Invitational at the Rock Hill County Club, but rain coming in Tuesday, led to the tournament being pushed back to next week. Nation Ford only has several more matches before the Region 3-5A tournament scheduled for Oct. 11. 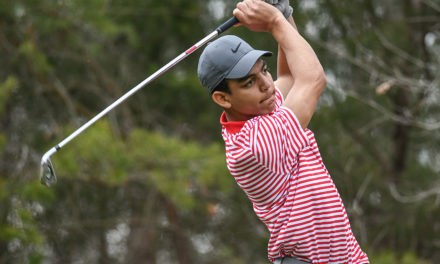