FORT MILL – With a nearly lifelong love of golf, Nation Ford graduate John Moss, Jr. will be teeing things up next year at Mars Hill University.

Moss, who has been playing golf since he was 5-years-old, signed with the school in Mars Hill, N.C. The 17-year-old golfer has played for Nation Ford for the past six years and loves both the team aspect and individual aspect of the game.

“It puts more pressure on me to play well,” he said. “You got to make sure your head is in the game.”

Moss’ father and his father’s friends got him started in the sport as a young kid. He said he was hooked ever since. When he played as a child, he would have clubs sawed off so they fit his hands.

The coronavirus robbed Moss and Nation Ford of the season and his senior year on the links. However, he said that even though the season ended prematurely, he kept in contact with his teammates making sure they were playing whenever they could, to take advantage of next season.

“It would have been nice to play my senior year and make one more run with the guys,” Moss added.

The younger Moss had his choices of colleges to pick from when it came to golf. He chose Mars Hill over Allegheny College in Pennsylvania, Roanoke College in Virginia and USC-Aiken.

Moss said he liked the feel of the campus at Mars Hill and liked the approach of their head golf coach David Pennell.

“It is a beautiful campus,” Moss said. “It is nice and small. It fits me well. Coach was very laid back. Those type of coaches don’t make you burn out.”

Moss plans on majoring in mathematics and hopes to pursue a career in accounting or in the golf industry. 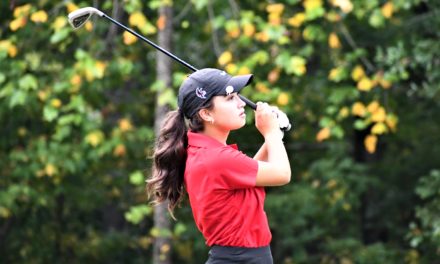