The Fort Mill softball team rallied to run past Boiling Springs 11-3 in their first Region 3-5A game of the season.

Boiling Springs took an early 1-0 lead in the bottom of the first inning after AD Raines singled to left field and came around to score on a single by Ragan Bristol to right centerfield.

Fort Mill answered in the top of the third inning when Olivia Poteat singled to right field before coming around to score on the next batter when Brynn Bartololini hit a triple to deep centerfield to tie the game at 1-1. Bartololini scored on the next batter when Ava Basinger singled to right field to give the Yellow Jackets their first lead of the game at 2-1.

The Bulldogs responded in the bottom of the third inning when Olivia Hall was hit by a pitch and later came around to score on the next at-bat off an error by the Yellow Jackets to tie the game at 2-2 at the end of the third inning.

After sitting the Yellow Jackets down one, two, three in the top half of the fourth inning, the Bulldogs retook the lead on the first batter in the bottom of the inning when Jaycie Osment hit a deep home run that hooked just inside the left field foul pole to give Boiling Springs a 3-2 lead.

Fort Mill added four more runs in the top of the seventh inning as the first five Yellow Jackets players of the inning all registered a hit and accounted for all four runs in the inning.

Fort Mill returns to action next week against Nation Ford at home April 1. 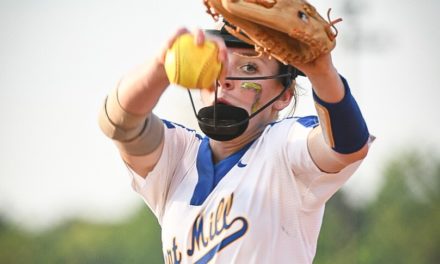