The Fort Mill softball team walked off a win over the Dorman Cavaliers in the bottom of the seventh with two-outs off the bat of a freshman to open the Upper State playoffs.

Freshman El Desermia slapped a ball between first and second base knocking in Emma Tisdale who opened the inning by getting a walk to give Fort Mill life as they would beat Dorman 2-1 late Friday night.

Both teams scattered multiple hits in the game, but never were able to really get their offenses going to be able to produce a run in the early portion of the game.

Originally scheduled to start at 7 p.m., the game didn’t start until 9 p.m. after a two-hour rain delay. Then both teams would not produce a run until the sixth inning when Dorman struck first. Dorman would score on an RBI single as they got two hits in the top of the sixth, the most hits they would get in an inning the entire game.

Fort Mill pitcher Maddie Drerup was able to allow just three hits through five innings and worked her way out of a couple jams as Dorman had five base runners through the first five innings as the Jackets allowed two of those base runners due to errors. Drerup struck out seven and didn’t allow a walk in the entire game. The lone run she gave up was earned by Dorman, but she was able to hold the Cavaliers off for most of the game.

Offensively, Fort Mill had just five hits in the game and their bats didn’t really come alive until the sixth inning as well. Trailing 1-0, Drerup would triple to right center and Trista Reid would then hit an RBI double to tie the game scoring Drerup.

Fort Mill got two of their five hits in the sixth inning. Both Reid and Desermia went 1-3 with RBIs in the win for the Jackets.

“We told the girls this was going to be a dog fight,” said Fort Mill head coach Chuck Stegall. “We had two big hits. They were key in clutch situations.”

The second big hit for Fort Mill came from Desermia after Tisdale would walk to get on to open the bottom of the seventh inning.

The win puts Fort Mill at 15-5 overall as they will host Byrnes Monday at home. Byrnes opened their Upper State playoff schedule with a 12-3 win over Clover. 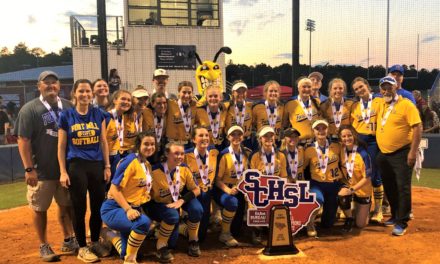