ROEBUCK – Nation Ford head coach Coretta Richmond knew it was coming, still there was nothing that she could do.

The tidal wave of offense in the first quarter from the Dorman Cavaliers was too much for the Nation Ford Falcons to overcome as they fell 71-60 in the first round of the 5A girls’ basketball playoffs.

“We gave all we could and left it on the floor,” Richmond said. “Our execution wasn’t what we had planned for. We played hard. This was a good group.”

Nation Ford finished the season at 14-12 overall, while Dorman improved to 18-9 and moves onto the second round of the playoffs to face TL Hanna.

For the most part, Nation Ford stayed with Dorman, however, it was the quickness of the Cavaliers in the first quarter that made the difference in the game as they started fast and never let up. Dorman led 26-14 after the first quarter and was paced by 12 points from senior Alexis Rice, who dropped in a game leading 27 points.

One thing that plagued Nation Ford throughout the game was turnovers, as they committed 23 unofficially, compared to just 10 from Dorman. The majority of those turnovers came in the first half, roughly 15, as the Falcons struggled with handling the ball.

Nation Ford shot 50 percent from the field in the first half unofficially, and played better in the third quarter going 7-for-13 from the field. Dorman slowed the pace in the second half, and the Falcons opened the second half on an 8-4 run pulling within three points at 43-40. However, the Cavaliers called a time out to regroup and then scored the next six points to push their lead to nine.

Dorman matched Nation Ford nearly shot-for-shot in the third quarter, which allowed them to push their lead to 56-47 to begin the final quarter. Again, the Falcons made a run in the fourth quarter scoring the first five points, but Dorman started holding the ball and letting time run off the clock with about 3:30 left in the game forcing Nation Ford to start fouling and sending them to the line.

Dorman went 9-for-16 from the foul line in the fourth quarter, as the Falcons struggled to take advantage of their offensive opportunities when they presented themselves. Nation Ford hit just four fourth quarter shots from the field and four foul shots, as again the Cavaliers matched them with nearly every possession. 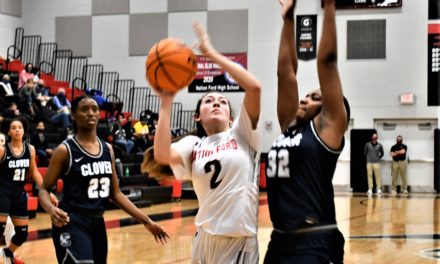 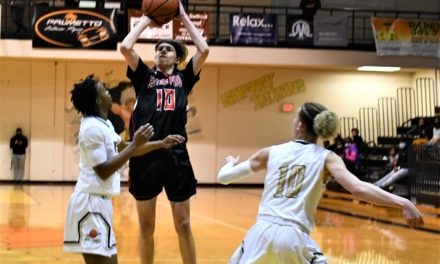 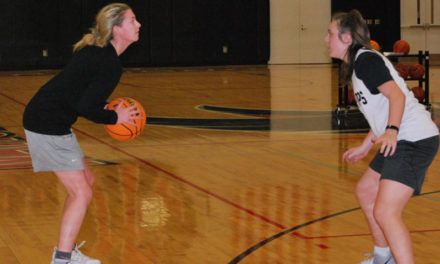