FORT MILL – As winter fades into spring, another new season begins for the Catawba Ridge Copperheads.

The first-year school is embarking on its first spring sports season with the boys’ lacrosse team starting this off this week. Lacrosse is the first of the spring sports to open their season and with how the sport is played in South Carolina at the high school level will be the first to finish as well.

In their first season ever, Catawba Ridge has a blue-collar mentality for their season and even gives out an old fashion lunch pail to a player each week as a reward for his hard work. The Copperheads boys’ lacrosse team has 22 players on them, but with only four juniors as would be upperclassmen this season. Catawba Ridge has no seniors in the schools as part of its inaugural year.

Head coach Mike Gambrill has expectations for his team, despite their youth.

“We are building from the ground up,” Gambrill said. “We want to create a culture. We are going to be young and our schedule isn’t easy. We are excited for what we have.”

Despite the inexperience, Gambrill has a lofty goal for his team and that is too make the playoffs in year one.

“I would love for us to get into the playoffs,” he said.

Gambrill said the majority of the team is new to the game of lacrosse, so the learning curve is a steep one. Despite that, he said he has seen growth since the pre-season. Of those that have experience, the majority of them played at Nation Ford last year as part of their JV program.

Three players stand out for Catawba Ridge that Gambrill is looking to lead the team. Elliot Clark, was described by Gambrill as the team’s “quarterback” to lead on offense at the attack position.

“We are going to lean on him,” Gambrill said.

Defensively, Will Lowman is someone the team will look to lead on that aspect of the field. In goal for the Copperheads will be Dorian Dugger as the last line of defense.

Catawba Ridge’s schedule isn’t an easy one to start with as they opened Tuesday with Providence Day, one of the tougher North Carolina based teams in that state. Providence Day scored seven seconds into the game and never looked back as they won 15-1. The one goal, the first ever in school history for Catawba Ridge, came from Clark near the end of the third quarter.

The Copperheads will also have to face the likes of North Carolina teams such as Charlotte Latin, Cuthbertson, Butler and Cox Mill during the season. While these games with Tar Heel state teams maybe a struggle, Gambrill thinks his team can compete with teams in South Carolina.

“When we play South Carolina teams, I expect we can hang in there,” he said.

Of the South Carolina teams that is of most interest to Catawba Ridge is that of Fort Mill, who they play twice this season. The first of those games is at Catawba Ridge March 16 and then they play at Fort Mill March 30. The Copperheads don’t play Nation Ford this season, but will also play Clover twice locally as well.

Catawba Ridge finishes the regular season April 9 at home against Cox Mill and then after that comes Gambrill’s hope of a potential first round playoff game to extend their season. 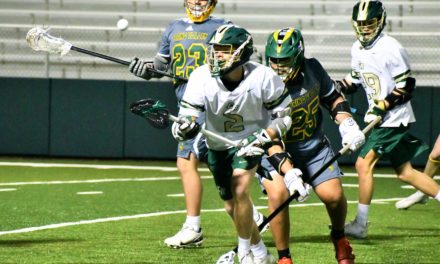 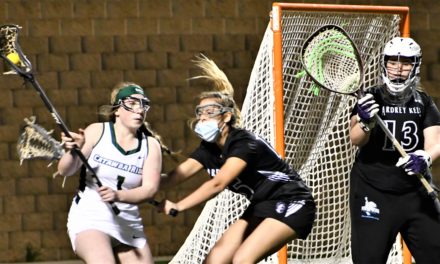