CHESNEE – In their fourth meeting of the season, both Catawba Ridge and Fort Mill boys’ basketball teams knew what to expect from each other or so they thought.

The previous meetings between the three teams were only separated by a total of four points as Catawba Ridge led the season series 2-1 coming into Wednesday’s semi-finals match-up at the Chesnee Roundball Classic at Chesnee High.

However, the fourth game of the season ended in a 21-point runaway 66-45 win for the Copperheads as they will now go on to face Boiling Springs in the finals Thursday night at 7:30 p.m., while Fort Mill will play host Chesnee at 6 p.m. in the third-place game.

The win for Catawba Ridge head coach Brett Childers was number 200 for him for his career as the Copperheads improved to 11-1 on the season. Fort Mill dropped to 7-4 overall on the season.

“We are used to having tough battles with them,” Childers said. “We have been working on extending leads if we get ahead. Our emphasis was working from the inside out (of the paint).”

Catawba Ridge was strong on the glass for most of the game, especially in the first quarter as they outrebounded Fort Mill on the block and took advantage of second chance opportunities in the paint.

The Copperheads went up 12-8 after the opening quarter as Grant Lovette, who led with 18 points, scored six points in the first quarter to pace Catawba Ridge. Fort Mill struggled some with turnovers early in the quarter, but was able to improve as the game went on.

In the second quarter, Catawba Ridge started to pull away as Jacob Stevens hit three consecutive 3-pointers to open the period, scoring nine of his 11 points in the quarter, and Zyan Hager would knock another one as well. Lovette scored seven more points in the quarter as Fort Mill struggled getting inside the paint to make shots. Besides the 3-pointers, much of the Copperheads’ offense came off transition on fast breaks as they went up 35-19 at the half.

Fort Mill started well in the second half on an 8-2 run, but Catawba Ridge quickly surged back to extend their lead going up 47-27 with about four minutes left in the third quarter. Brady Ambrose was a big presence on the block for the Copperheads in scoring eight of his 10 points in the period as Catawba Ridge went up 53-34, despite Fort Mill having their best period of the game and dropping in 15 points during the third quarter.

Catawba Ridge started the fourth quarter on a 7-0 run as their bench played a lot of the final period. Fort Mill was led by Kyle Neibch who scored 10 points in the game. Fort Mill head coach Dwayne Hartsoe said they simply didn’t hit the shots they needed to.

“Basketball is like that sometimes,” he said. “They made a lot of shots.  We didn’t make the plays and they did.”

Fort Mill girls’ basketball team got their third win of the season and improved to 3-8 on the season as they beat the Blythewood Bengals 46-43 on day two of the Y.C. Winborn Classic. Fort Mill was led by Clare Moore who scored 16 points for the Jackets in the win. The Jackets take on Airport Thursday at noon to finish out the event.

Nation Ford girls’ basketball team fell to A.C. Flora 67-49 on day two of the Y.C. Winborn Classic and will finish the three-day event Thursday taking on Denmark-Olar at 6 p.m. 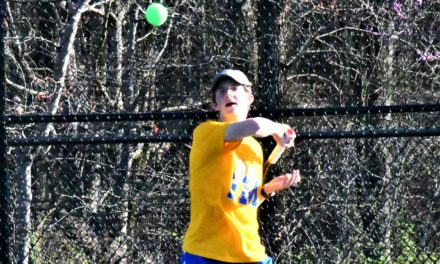 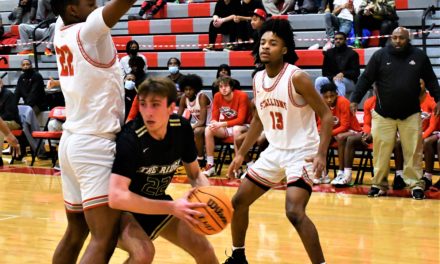 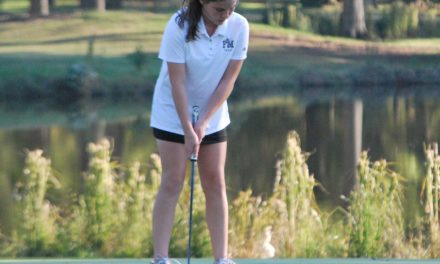