ROCK HILL – Catawba Ridge head football coach Zac Lendyak struck a positive tone in the face of his team’s bitter loss against Northwestern in the final game of the Region 3-4A schedule.

The visiting Copperheads compiled a 17-0 lead with about three minutes to go in the second quarter, but gave up 28 unanswered points to the Trojans, who came away with a 28-23 win Friday night in the de facto region championship game.

With the win, Northwestern improves to 9-1 overall and 5-0 Region 3-4A earning a No. 1 seed in the upcoming Class 4A state playoffs next week. Catawba Ridge also finishes 9-1 overall and 4-1 in region, but will start the postseason with a No. 2 seed.

“I told (the team) that this game doesn’t define our team or our season,” Lendyak said. “How we show up on Monday will. Everyone’s 0-0 right now. We feel like we’re one of the better teams out here, and we have to prove that.”

Brandon Raysor, who had 44 receiving yards on five catches and two touchdowns, caught a touchdown pass in each half. His first score, a 25-yard catch from quarterback Tyler Fikis in the second quarter, gave Catawba Ridge its 17-0 edge after Tyler Jones scored on a 2-yard rush minutes earlier and kicker Kohen Kozel nailed a 23-yard field goal in the first quarter.

But after several fruitless drives, Northwestern’s offense finally caught fire in the second half.

Running back Turbo Richard totaled more than 240 rushing yards on 33 carries on Friday, while quarterback Finley Polk threw for 169 yards on 17-of-25 passing, scored two quarterback sneak touchdowns to complement third-quarter touchdowns by Greer Hopkins to cut the lead to just three. Elijah Caldwell to give Northwestern the lead for good.

“I don’t know if it was anything in particular, just a really good offensive line and a really good running back,” Lendyak said, of Northwestern’s comeback. “You’ve got to cover the entire field. They did a really good job of covering the whole field, always picking up first downs. It made it tough to get them off the field.”

Catawba Ridge scored both of its first-half touchdowns courtesy of key interceptions.

The visitors opened the game with a long, grinding opening drive that lasted 14 plays and about six minutes.

The Copperheads fed Jones, who rushed for 54 yards on 16 carries, with plenty of short runs before Fikis, passing for 165 yards on 18-of-22, found tight end Brady Ambrose over the middle for a 15-yard gain to push inside the Northwestern red zone. Facing a fourth and 1 on the Northwestern 13, the Copperheads kicked a 23-yard field goal to take a 3-0 lead.

The Northwestern offense was slow to get going, and nearly gave up possession after its first three plays. The Trojans punted on fourth and 9, but a Catawba Ridge returner touched the ball before securing it, allowing Northwestern to regain possession.

Polk and Richard helped pushed the Trojans all the way down to the Catawba Ridge 5, but Catawba Ridge’s defense stuffed Polk’s quarterback sneak on fourth and inches.

Northwestern drove again to open the second quarter, but junior defensive standout Jake Sines batted down a pass on second and 9 and recovered a huge interception to give the visitors the ball back on the Northwestern 30.

Four plays later, Jones was pushing his way into the end zone to give the Copperheads a 10-0 lead.

The Trojans gave up another interception on their next drive.

Taking over on their own 30, Polk and Richard slowly pushed their way into Catawba Ridge territory. Polk found Jayden Burris for a 21-yard gain to put the Trojans inside the 5.

From then, it only took about 70 seconds and six plays for Fikis to find Raysor on a 25-yard pass play, giving the Copperheads a 17-0 lead with less than four minutes to play in the first half.

“They executed (the game plan) perfectly in the first half,” Lendyak said. “We wanted to run the ball and keep them off the field, try to put them behind. We knew they were explosive offensively. We had to try and take the ball. Going three-and-out in the second half, it was tough to see the defense out there as much as they were in the second half.”

Northwestern finally found paydirt on its final drive of the half.

The home team took over on their own 48, and Polk and Richard combined for rushing plays on 10 of the ensuing 12 plays. Polk punched in a score from about half a yard to cut the lead to 17-7 with only seconds remaining.

Northwestern drove the field again to start the second half, but kicker Matthew Fish missed a 25-yard field goal after 10 plays that pushed Northwestern from its own 29 to the opposing 8.

Catawba Ridge went three-and-out on its next possession, giving Northwestern the ball back on its own 33.  Polk soon found Richard in the flat, and the running back turned on the jets to pick up a 36-yard gain and push the Trojans inside the Copperheads’ 10. Greer Hopkins lined up in the Wildcat formation and ran it in himself to cut the lead to 17-14 with 3:43 left in the third quarter.

Again, Catawba Ridge couldn’t generate the same offensive efficiency as it had in the first half. Northwestern took over after another three-and-out, and this time Polk found Caldwell over the top with a 39-yard grab. The speedy defender leaped highest over his defender and headed to the end zone with no other defender around to help Northwestern take a 21-17 lead.

With time ticking away, Catawba Ridge took over with 1:04 left in the third quarter. The Copperheads drove from their own 29 with short passing gains from Miles Baucom and Ambrose. But on third and 8 on the Northwestern 14, Fikis tossed a prayer to the end zone and was picked off by junior defensive back Jammar Perry.

“I told the guys, I’m so proud of them,” Lendyak said. “They did everything we asked them to do. We won’t let this deter what we’ve done. Maybe we can see these guys down the road. We need to look at the film.”

The Trojans were happy to waste about five minutes of game-time, allowing Richard to run on nearly every play, picking up first down after first down as the clock ticked down. Polk eventually finished off the drive from 9 yards out to put Northwestern up 28-17.

Fikis took charge on Catawba Ridge’s last meaningful possession, tossing accurate balls to Ambrose and Raysor before finding Raysor from about 30 yards out to cut the lead to 28-23.

Fikis tried to find Raysor on a slant play for the 2-point conversion, but the pass fell incomplete. Northwestern picked up one final first down, and the home crowd knew victory was in sight.

“It’s great to have a home playoff game,” Lendyak said. “This one’s going to hurt for a bit, but we have to shake that off and get ready for whoever we have next week.” 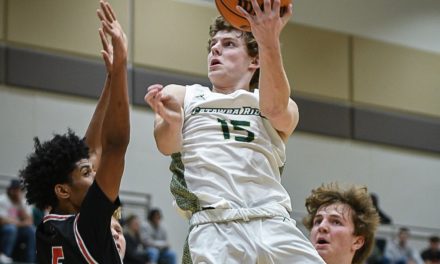 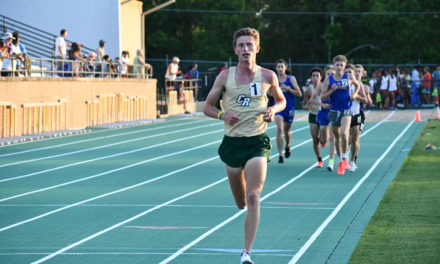 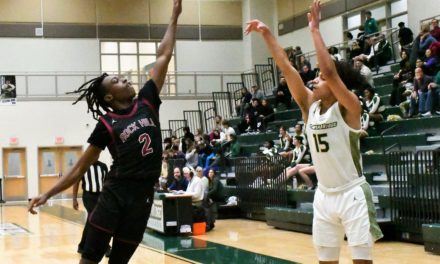 Catawba Ridge basketball cruises to win over the Bearcats