However, that simply is not the case as Fort Mill boys’ basketball team tips off another season Monday, Nov. 21 against Piedmont in the 2022 Milltown Basketball Classic.

Entering his 12th season as head coach of the Jackets, Dwayne Hartsoe is excited about the current nucleus of players which includes All-Region and preseason Top 5 forward Gabe Tooper. Tooper is one of four returning starters for Fort Mill, which also includes Zach Jennings, Darryl Carrington and Will Stumpf.

The Jackets will be a senior-laden group in a list that includes Tooper, Jennings, Stumpf, Mitchell Anderson, Braylen McCain, Grant Gurdis, Matt Poliquin, Michael Parrish and McGuire Adams.  Juniors Kishawn Anderson, Landon Kurtz, Matt Poliquin and Christian McCain will be counted on while sophomore Logan Parker and freshman AJ Washington will also be asked to contribute.

“AJ is a very skilled freshman we feel has a lot of promise and we look for him to be a contributor,” Hartsoe said.

Newcomers Braylen and Christian McCain bring a lot of athleticism as transfers from Olympic High School in Charlotte.

There were very few changes to the Fort Mill staff for 2022. Hartsoe was quick to point out that every year is different and every team is different.  One thing is for sure, the 2022 Yellow Jackets are long on experience both players and coaches.

Hartsoe is an accomplished basketball coach, but he’s never far from pointing out it’s a program and not just a team.

“This will be my 31st year of coaching and it’s fun to look back and see the number of kids that are now head coaches in the state of South Carolina or at least coaching basketball somewhere,” he said. “As a head coach, you always want to see the kids move on to be grown men…to become a good husband, a good father. Consistency in a staff I think is key considering we have a basketball program. We try not to have a team from year to year. It’s a program where we build on one year to the next.”

One member of the staff is assistant coach Myron Lowery.

“Having Coach Lowery is a blessing,” Hartsoe said.  “He’s another head coach on the bench. He’s entering his third season at Fort Mill after having a storied career in North Carolina at Bulter, Harding and Providence High School.”

The JV head coach is Jeff Bridges, who has experience in the college ranks. Rounding out the staff are three people who are fairly new to coaching, but not Fort Mill Basketball. Freshman head coach Tanner Mitchell, along with his assistants AJ Foti and Michael Foti, are former Yellow Jacket players under Hartsoe.

“As you get older in your career like I am and you have kids who want to come back and be a part of something they were a part of as a player, it’s always exciting for that to happen,” Hartsoe said.

With any new season comes change, but the new head coach of the Lady Jackets is a familiar one in Nathan Wruble.

Wruble was the JV head coach, but has been promoted after the departure of Heather Klipa. One of his first challenges is to improve on the 9-18 record the Lady Jackets had last season. But looks can be deceiving.

Fort Mill had a very difficult schedule and didn’t shy away from any challenger, which helped propel them to a 3-5 mark in Region 3-5A earning them a playoff berth.

“It always helps stepping into the lead of a program when Coach Klipa did such a great job running the program and she gave me a lot of opportunities in a leadership role at the JV level and varsity so the girls were comfortable with me already,” he said.

To no one’s fault, Wruble is the third head coach of the Lady Jackets in five years which would lead one to believe that there might be a loss of continuity.  Not so according to Wruble.

“Coach Klipa did a great job of getting the program headed in the right direction and because I was able to be a part of it and help her build the program, we get to continue that process she was working on,” he said.

Fort Mill has three returning starters and will have several players young in years, but long on experience. One of those returning starters, and one of only a handful of seniors, is shooting guard Lydia Laney. She has high expectations for the team.

“Our expectation is to get out there and compete and embody that dog mentality,” she said. “I feel like I know now how to elevate the team and get them hyped.”

Wruble will depend on his seniors to be leaders on and off the floor. In addition to Laney, that group includes Anna Brown, Hannah Threadgill, Danielle Williams and Sienna Lydon. Sisters Julie and Jada Chambliss are new to Fort Mill and bring a lot of athleticism and grit to a growing team.

Two sophomore starters from last season, Reagan Reyes and Ella Marker, are now juniors and look to use the experiences of last season to help push the Lady Jackets to loftier heights.

“It’s a little tough as we have newer players coming in but I think since we’ve gotten to know each other over the summer that we will be able to work together as a team and carry it throughout the season,” Marker said.

One thing that Fort Mill will have at the guard position is speed. Reyes alluded to that when she stated, “it’s more of an advantage on offense and on defense and competing in practice helps too.”

Clare Moore started most of the 2021 season as a freshman who moved to Fort Mill from Massachusetts. Moore has matured into one of the top players in the state despite being just a sophomore.

“I have to lead as a younger player on the team and that pushes my other teammates and with three freshmen on the team now, they can see that I could do it so they can too and to come to me if they need anything because I’ve been in their position before,” she said.

Wruble, without question, will depend on some other newcomers and call ups from the JV squad including Izzie Barber, Kate Marker and Ashley Kirby.

The “new look” Region 3 is also a noticeable change for both the boys and girls’ teams. Gaffney and Boiling Springs are no longer members, but stepping in are powerful programs Spring Valley, Blythewood and defending 5A State Champion Rock Hill.

When other coaches asked Wruble what Region he coached in, their reply was “Oh, you play in the Region of Death.”

However, Wruble was quick to point out that any team in the Region can beat any other team on any given night so every game will be a challenge.  When asked what his mission statement was for 2022 Coach Wruble simply, but forcefully, replied “Compete…every day.” 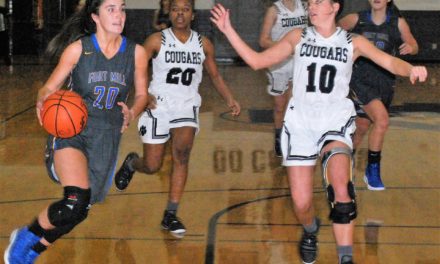 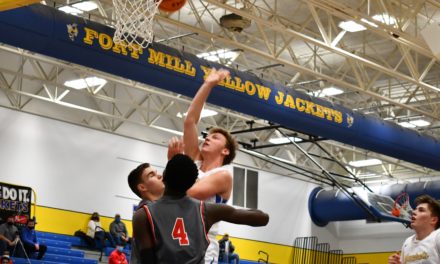