Both Nation Ford and Catawba Ridge cancelled their basketball games Friday night because of potential snowy weather. And while snow wasn’t falling outside, the Fort Mill Yellow Jackets were making it rain 3-pointers in their sweep of the Great Falls Red Devils.

The Fort Mill girls’ basketball team won 60-5 and the Jackets’ boys team won 72-42. In the boys’ game, Fort Mill was led by Kyle Neibch, who scored 30 points as Reed Fanta and Daniel Penosky added nine points and eight points respectively in the win. Fort Mill hit 13 3-pointers in the game.

The Jackets struggled in the first quarter, but it was a 27-point second quarter by Fort Mill that opened the game open.

“He has the capability to put up a lot of points,” Hartsoe said. “When we shoot the ball well, we have a chance.”

Neibch stayed hot in the third quarter as Fort Mill opened the second half on a small 6-2 run. Fort Mill also shot 50 percent from the floor in the third quarter to go up 54-33 after the period. The Jackets let a lot of their bench players play in the fourth quarter and still had some starters in the game to guide the way.  Fort Mill was smart offensively and stymied the Red Devils on defense for three quarters.

Fort Mill improves to 2-4 overall and will open up Region 3-5A play next Tuesday at home against Boiling Springs.

Fort Mill got off to a good start and cruised to a 60-5 win over the Great Falls girls’ team.

The second period was more of the same for Fort Mill as they would add 17 more points in the quarter to take a 38-0 lead into the half.

In the second half, Fort Mill slow down deliberately on offense and outscored Great Falls 6-3 in the third quarter. They cleared their bench in the second half and Andrea Barnes added 10 points for the Lady Jackets, who improved to 4-4 overall with the win.

Nation Ford was supposed to play Boiling Springs again Friday night, but their game was postponed until a later unknown date. Catawba Ridge was supposed to open Region 3-4A play against South Pointe Friday night as well, but their game was moved to Wednesday, Jan. 13 with tipoff coming at 6:30 for the varsity girls with the varsity boys following. 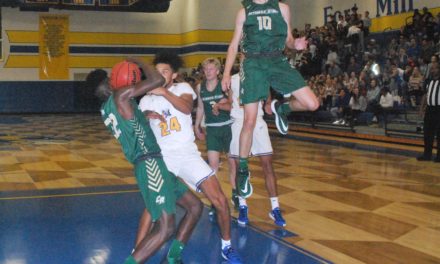 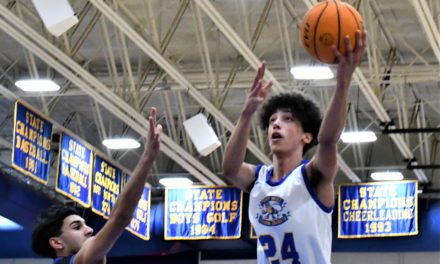