As soon as the ball rolled to his feet, Fort Mill senior Devyn Arnold said he knew he was going to score. So, when teammate Evan Helfrich laid the ball off to Arnold on the left wing deep into overtime Thursday night against Region 3-5A opponent Boiling Springs, Arnold said he could feel the moment at hand.

With the score deadlocked at 1-1, and less than 30 seconds remaining in the first half of overtime, Arnold received Helfrich’s pass, cut into the Bulldogs’ penalty box and unleashed a rocket of a shot which blew past the Boiling Springs goalkeeper for the game-winning goal in front of a raucous home crowd at Bob Jones Stadium.

“As soon as I got it on my feet,” Arnold said. “I’d cut in, get him, and rip it bottom corner. I knew it was gonna happen. I could feel it.”

Arnold’s late strike gave Fort Mill an invaluable 2-1 region win in the final game of the regular season. With the dramatic victory, the Jackets leapfrogged crosstown rival Nation Ford for the second seed in the region standings on the final day. The top two teams in the region, Clover and Fort Mill, will now extend their season into the playoffs, which kick off next week.

Junior Griffin Dunn gave Fort Mill a 1-0 lead just five minutes before halftime when he tapped in a rebound from Ryan Seitz’s shot, which rang the crossbar. Boiling Springs’ freshman forward Yonathan Gonzalez equalized the game for the visitors midway through the second half to make it 1-1.

Neither team could break the stalemate in regulation, which led to two five-minute overtime periods to decide the fate of the region. Fort Mill had been putting Boiling Springs’ defense under pressure all night, but Arnold’s shot was too true for Bulldogs’ goalkeeper Jaycee Lamb to keep out. The Jackets then held the line for five more minutes before the referee finally blew the full-time whistle, causing many Fort Mill players to collapse to the ground in relief.

Jackets’ head coach Mark Seren said he was incredibly proud of his team, which he said has scrapped and clawed in every game so far this season. Seren said the win is especially gratifying for his seniors, who were unable to play much during the suspended 2020 season.

“It’s been a long haul all season long,” he said. “We didn’t give up. It’s so great for the seniors to get a win, to get another chance to play in the playoffs.”

Fort Mill last reached the postseason in 2019, when they fell to Mauldin in the second round. They entered Thursday’s game in third place in the region standings with a 4-3 record. Rivals Nation Ford had already finished its region schedule earlier this week, posting a 5-3 mark. However, Fort Mill could jump past Nation Ford into second place with a win (and a 5-3 record) because the Jackets held the tiebreaker of head-to-head wins.

Arnold said he and his team are exhausted from the long, hard regular season, but are looking forward to making a run in the playoffs.

“It’s exhilarating, it’s awesome,” he said. “My teammates, they’ve wanted this for so long. Exhausted is an understatement, but the happiness is overwhelming.”

Fort Mill finished the regular season with a 7-8-2 record and 5-3 in region play. Nation Ford, which dropped to third place in the region with the result, will miss out on the postseason.

The Jackets will most likely travel to face Dorman High in Roebuck Tuesday night in the first round of the state playoffs. The Dorman High Cavaliers won Region 2-5A with an unbeaten 8-0 region record. Dorman is undefeated on home soil so far this year, and has only given up 13 goals over the course of 15 games in 2021.

Seren waxed poetic about his team in the post-game interview.

“I’m going to look at this as a great bunch of kids,” he said. “I’m so proud of what they’re doing, what they’re going to do in their next chapter. We’re excited to go to Dorman. We saw them in the preseason, and it’ll be good competition.” 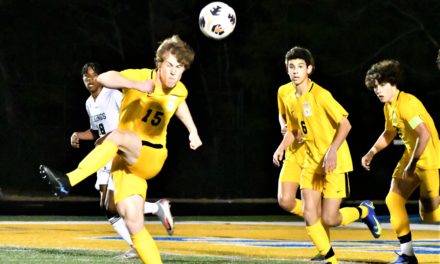 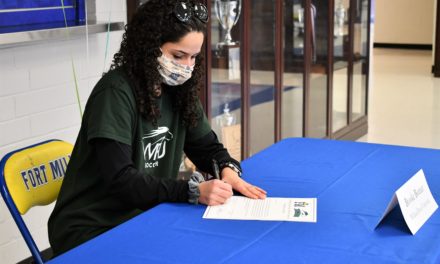