The Fort Mill boys easily beat Battery Creek 70-36 in the Bennie Bennett Invitational at Clover High School, while the Jackets’ girls fell to Bluffton 44-43 in the Lady Trojans Holiday Classic at Northwestern.

At Clover, Fort Mill had some hot shooting by both Kyle Neibch who led with 21 points and Gabe Tooper who added 20 points in the win. The Jackets improved to 10-4 on the season.

Neibch open the game pushing the pace for Fort Mill as he scored 14 points in the first quarter with 12 of those coming on four 3-pointers. The two teams looked evenly matched until Neibch got hot from beyond the 3-point line as the Jackets took a 21-10 lead after the first quarter.

Fort Mill kept up their pressure in the second quarter as they again had some key shooting from Tooper and Darryl Carrington, who scored six of his 10 points in the game as the Jackets opened the second quarter on a 6-0 run to stretch their lead.

Coming out of the locker room to start the second half, Fort Mill’s shooting trailed off some as Battery Creek played better and cut the lead to just 16 to start the fourth quarter. As the third quarter persisted, the Jackets were able to get hot again as Tooper led the way in the period.

Fort Mill ended the game with another strong quarter outscoring Battery Creek 23-5 in the fourth. Tooper dropped eight more points in the fourth as the Jackets shook off any slump, they had from earlier in the second half.

The Jackets will now travel to the Rock Hill Sports and Events Center to play the final day of the tournament as they take on Newberry at 5 p.m. Thursday.

At Northwestern, late turnovers led to Fort Mill not being able to get a shot off in the final minute of the game to fall to 4-10 on the season.

“We gave up a lot of offensive boards,” said Fort Mill head coach Heather Klipa. “I thought we played hard; we just didn’t execute at the end of the game.”

Fort Mill and Bluffton played each other close in the first quarter as the Jackets used the hot shooting of Clare Moore to get in front of the Bobcats. Moore led Fort Mill with 22 points, 15 coming in the first half, all on 3-pointers.

In the third quarter, Bluffton started to comeback as they outscored the Jackets 10-6 in the quarter with Fort Mill clinging to a 29-26 lead heading into the fourth.

Bluffton tied the game at 36-36 with about 3:45 left in the fourth quarter before they started to open up the lead. The Bobcats outscored Fort Mill 18-14 in the final quarter.

The Fort Mill girls will return to action at home Jan. 4 against Indian Land.

Both Catawba Ridge boys and girls will be playing in the championship of the Copperhead Basketball Classic Thursday after getting wins Wednesday at home.

The Copperhead boys beat Rock Hill 49-46 to advance to the finals and are now 14-1 on the season. Zyan Hager led with 12 points and both Grant Lovette and Jacob Stevens each had eight points. They will face Country Day in the finals at 6:30 p.m. Thursday.

Catawba Ridge’s girls easily won 56-22 in their semi-finals game over North Gaston to improve to 11-1 on the season. They will face Cuthbertson at 4:30 p.m. in the girl’s finals.

The Nation Ford Falcons boys’ basketball team bounced back on day two of their tournament in Greenville with a 72-33 win over Lugoff-Elgin. The Falcons were led by 14 points from Nas Berry and 12 points from Shelden Joseph in the win as Nation Ford improved to 4-8 overall on the year. 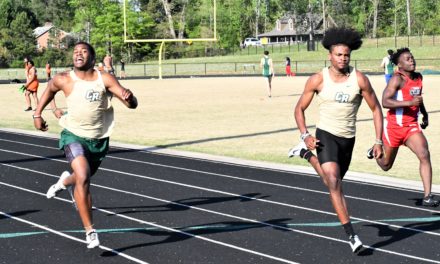 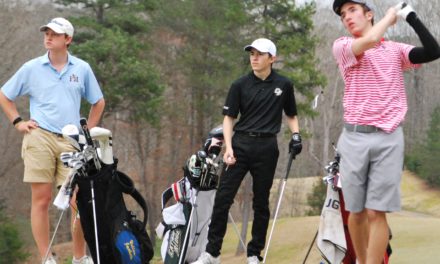 Proposals made for high school sports