Catawba Ridge pitching allowed just one hit as Harrison Wilson went five dominate innings allowing one run on one hit while walking two and striking out eight. Jacob Iverson pitched one inning of relief walking one and striking out one.

The Copperheads rattled off 15 hits in the game, none bigger than the second inning grand slam from Jake McCoy that gave Catawba Ridge a 5-0 lead at that point. The win improves Catawba Ridge to 19-5 on the season with two more games to go next week in the regular season.

Catawba Ridge head coach Stas Swerdzewski said he feels good about where his team is at.

“I feel pretty good about our schedule,” he said. “We have been playing playoff teams like Nation Ford and we got Fort Mill next week. We want to try and get some momentum. The playoffs are about having momentum.”

The Copperheads got the momentum early Friday against Nation Ford and never looked back. Catawba Ridge scored in the bottom of the first inning as they hit back-to-back doubles to open the inning. The second inning saw the Copperheads gain a stronger advantage with the home run.

Nation Ford got their only hit in the game in the top of the fourth with a single to right field by Seth Hanson. Wilson worked out of the small hiccup and Catawba Ridge added another score in the bottom of the inning to make it 6-0 off a sacrifice fly by Wilson.

The Falcons plated their only run in the fifth inning as two walks by Wilson and an error by the Copperheads allowed the run to score.

Catawba Ridge however came right back in the fifth inning scoring three runs on three hits and then added two runs on four hits in the sixth inning to end the game because of the mercy rule.

“We had one hit,” said Nation Ford head coach Michael Lewis. “You aren’t going to win with one hit.”

Nation Ford has a key series next week against Boiling Springs and needs to get at least one win over them to secure a higher playoff seeding. The loss to Catawba Ridge drops the Falcons to 7-16 overall on the season.

Up next for the Falcons come Monday is game one in their series against Boiling Springs. Catawba Ridge won’t play again until next Friday when they host the Carolina Royals on senior night.

The Fort Mill baseball team lost 6-3 to Boiling Springs dropping them to 14-7 overall on the season. They are now 2-7 in Region 3-5A and will have a crucial three-game series starting next week against Gaffney.

The Catawba Ridge softball team beat South Pointe 19-1 Friday to improve to 18-2 overall and 6-1 in Region 3-4A. The Copperheads will take on Byrnes next in non-region action. 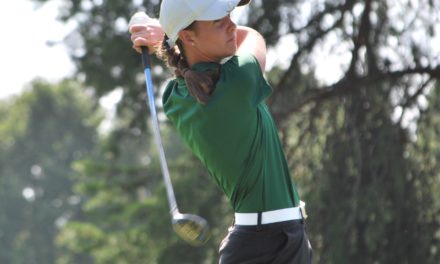 Copperheads win on the links over Nation Ford 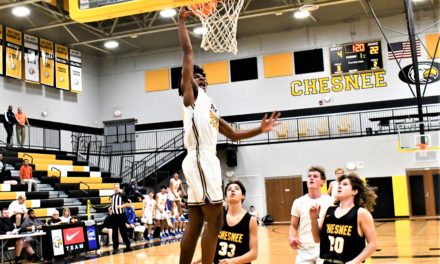 Rough day at the office for local basketball teams