LUGOFF- Just when it was going right, everything went wrong for the Catawba Ridge Copperheads softball team Wednesday night.

The Copperheads gave up 11 runs on eight hits, including a three-run walk-off home run by Hailey Mock, in the fifth inning with one out to fall 14-4 in game two of the 4A Upper State championship forcing a decisive game three. The Copperheads are now 22-8 on the season. Game three for the Upper State title will be 6:30 p.m. Friday at a neutral Andrew Jackson High School in Kershaw.

Catawba Ridge struggled with five errors in the game. They did manage seven hits, but could not get any momentum going their way consistently.

“Every error was a snowball effect,” said Catawba Ridge head coach Michael Kidd. “It was a roller coaster ride. It just caught us off guard.”

Catawba Ridge left runners stranded on base in the first two innings. Lugoff-Elgin got to starter Chloe Burger early scoring three runs on three hits in the bottom of the second.

The Demons led off the inning with a double and an error allowed a run to score. It was followed by a single, which set up a two-run double by the nine-hole hitter Sydney Branham to score two more runs and make it 3-0.

The Copperheads were inconsistent with the bats for most of the game. Janelle Ilacqua, Mia Kovacs and Tori Koerner all singled in the game. Catawba Ridge threatened in the second and then in the fourth scored a run off a Lexi Haskett single to score Koerner, who singled earlier in the inning. Ilacqua led the Copperheads at the plate going 2-3 with an RBI.

Lugoff-Elgin threatened in the fourth after a third Copperhead error allowed another base runner. Burger was able to work her way out of the jam and keep the Demons from posting another run.

Catawba Ridge finally figured out the Demons pitching in the top of the fifth as Audrey Wilson got hit on the elbow to start the inning and then stole second. She would score on a Ilacqua double. Georgia Burford and Jenna Gardner would both single to give the Copperheads a 4-3 lead with one out before a pitching change for Lugoff-Elgin. The Demons would get out of the inning without allowing another Copperheads run to score.

After regaining the lead things fell apart for Catawba Ridge as the bottom of the fifth was one of the worst innings, they played all year. Lugoff-Elgin walked the game off with an 11-run inning to force a game three. The Copperheads made two errors to go with the eight hits they allowed in the inning. 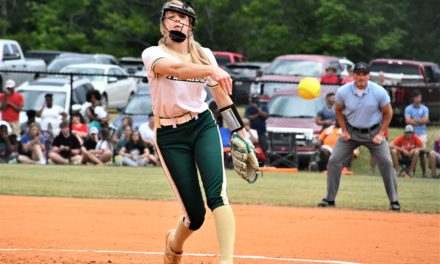 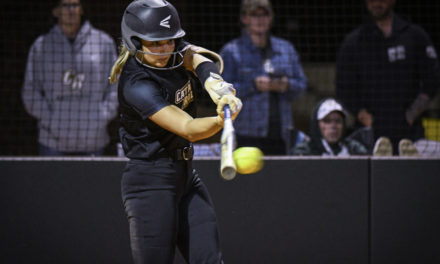