Chester holds on to edge out Fort Mill after weather delay

Week 1 was sure to be a big week for two 0-1 teams as the Chester Cyclones made their way up I-77 to battle the Fort Mill Yellow Jackets Friday night in Bob Jones Stadium.

However, after a lengthy weather delay, it was the Cyclones that came away with a 22-17 win over Fort Mill.

Both head coaches were looking for a quick start and it was the fellas wearing the royal blue jerseys who came out of the shoot on fire.  Fort Mill returner Braylon Thomas took the opening kickoff and ripped it straight up the middle to set up the Jackets offense well inside the Chester 40-yard line.  Six plays later, all runs, Jackets’ quarterback Isaiah Haynes banged it into the end zone. The Jackson Smith extra point was good to make it 7-0 for the home team.

Chester, who are trying to adjust their offensive philosophy, came out slow almost fumbling the football on their second play.  After going three and out, the Chester punt was blocked.  However, the ball landed behind the first down marker making it a free ball.  The Cyclones jumped on it quickly to save the drive.  However, it was all for not as Chester went three and out again. This time the punt got off but only 15 yards settling up Fort Mill at their own 30-yard line.  That’s when Mother Nature came a calling.  The wind began to whip and the lightning lit up the Fort Mill skyline delaying the game for roughly 90 minutes. That’s when the Cyclones came alive.

Fort Mill turned it over on the first play from scrimmage after the delay. Chester again couldn’t muster anything on offense pinning the Yellow Jackets deep in their own territory. With their backs to the gold painted end zone, a bad snap from the Fort Mill center turned into a safety. Chester then tacked on a big return. A few plays later, Chester quarterback Trooper Floyd hit Andre Evans for a 21-yard touchdown pass and just like that Chester lead for the first time 9-7 with 2:13 left in the half.

Fort Mill couldn’t move the football handing it right back to the Cyclones, who had all of the momentum at this point. Chester tacked onto their lead after another Floyd touchdown throw. Chester went for two which was unsuccessful giving Chester a 15-7 lead. The Jackets would put together a decent drive allowing Jackson Smith to bang a 36-yard field goal that would have been good from 56 to cut the Chester lead to 15-10 as the teams went into the halftime break.

After Fort Mill honored the 2021 Cross Country State Champions and the 2022 Softball State Champions at halftime, it was Chester who responded with more passion and grit starting the second half.  At this point, Floyd began to look like a chiseled veteran passing and throwing his Cyclones down the field which culminated into a two-yard touchdown run from McCullough increasing the Chester lead to 22-10.

It would stay that way for quite a while as both teams traded punts, and penalties which cost both teams promising looking drives.  A few minutes into the fourth quarter, Chester had it first and goal and the Fort Mill four-yard line. That’s when the Yellow Jacket defense bowed up and stopped the Cyclones from scoring. Chester tried running it three times getting the ball inside the one-yard line. The Cyclones went for it on fourth down as Floyd floating a pass into the back of the end zone that was caught, but out of bounds.  Evans made the catch but his knee was out of bounds giving Fort Mill the football but staring 99 yards from pay dirt.  That’s when the Jackets offense went to work juking and jiving ending in a one-yard touchdown run from Grayson Diehl.  The Smith extra point was good making the score 22-17.

The Cyclones drove the football inside Fort Mill territory picking up a first down at the Fort Mill 40.  However, a yellow hanky flew and the holding penalty cost the Cyclones as they weren’t able to convert on third and long.

The Jackets took possession with roughly four minutes to play and two timeouts. You could feel the Bob Jones Stadium faithful sensing a game winning touchdown drive, but they were brought back down to earth on second down as Haynes drifted to his right and thew it across his body outside the hash trying to make a play, but the ball was intercepted giving the Cyclones the ball back with 2:55 to play and inside Fort Mill territory.

That’s when more controversy struck as the Jackets snuffed out the Cyclones drive bringing up a fourth down, or so it seemed. A very late personal foul call on Fort Mill gave Chester a fresh set of downs.  The Cyclones bled the clock and escaped with a five-point win.

Chester is now 1-1 on the season as Fort Mill falls to 0-2. Fort Mill is on a bye next week and will travel to Indian Land Sept. 9 for their next contest. 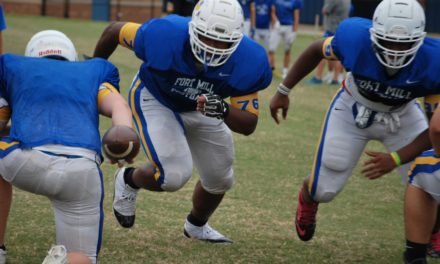 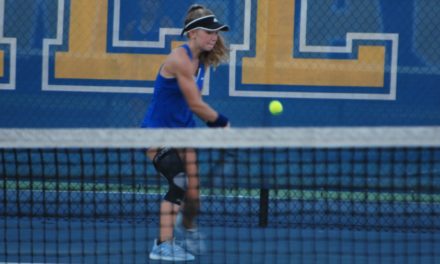 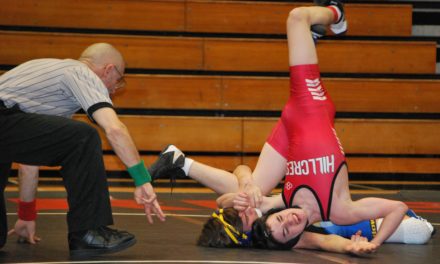